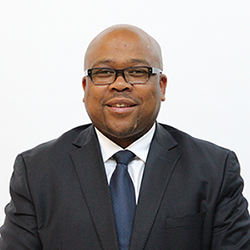 Motorists driving in the vicinity of the City of uMhlathuze during Easter Weekend should brace themselves for traffic enforcement operations planned for all corners of the City.

The City traffic team has not only increased visibility on our roads but will also activate random road blocks in notorious spots during the day and night. Multi-disciplinary operations including City traffic, SAPS, Provincial Road Traffic Inspectorate (RTI) and others, will also be hard at work ensuring safety on our roads during this busiest long weekend.

City Mayor Cllr Mduduzi Mhlongo, vowed to working hard to reduce lawlessness on City roads. “We are slowly drilling into the mind of drivers that our City is not a playground for drunk drivers and speedsters especially during long weekend and silly seasons. This phenomenon is a killer and it leaves families destitute with no one to care for them noting that it targets mostly bread winners. We have and constantly engage with the public transport sector on issue relating to road safety and we can safely say that we are on right track, expect for some individual drivers that we need to deal with through all possible legal means once we catch them. During this Easter period, we will unleash all our tactics to fight this scourge in the name of saving innocent lives,” Mhlongo said.

Mhlongo said that the improving road infrastructure in the City of uMhlathuze is not a license to speed. “Our efforts to continue to improve the quality of our roads through resurfacing and refurbishing them through the Urban Roads project and construction of new roads does not give motorists a permission to exceed the speed limit or disobey any other traffic regulation. The budget we are tabling for the next financial year reflects more investment on the road infrastructure. An amount of R 19.6 million will be invested in the Phase 3 of uMzingazi roads, other R24.5 million to maintain, refurbish urban roads and R30 million to be set aside for the design and construction of central industrial area link road. Some roads such as the expansion of R66 next to Richards Bay cemeteries are now completed providing a breather to the traffic bottleneck that was experienced during peak hours. Other roads as well as revamping roads markings are now completed in eMpangeni CBD and other phases will include townships and suburb roads. More work still needs to be done including dealing with potholes in all our roads,” Mhlongo said.

The City’s Fire and Rescue including Disaster Management will also be on standby for any eventuality on our roads. Drivers are urged to exercise extra caution and obey all traffic rules at all time.

“We wish all Christians who will be traveling to different places of worship, a happy celebration of the resurrection of Christ and all travel mercies,” Mhlongo concludes.